Whilst at university, I religiously went to Cafe Rouge. My boyfriend at the time and I would go about once a month, with our 50% off or 2 for 1 vouchers, I even celebrated an early twenties birthday there. Thank you Cafe Rouge Canterbury and Cafe Rouge Brighton for the memories! Why is it now I can’t for the life of me remember the last time I went to Cafe Rouge? With the onslaught of restaurants, both chain and independent, it’s increasingly hard to find somewhere to eat (yes, even as a food blogger). Too much choice can be just as frustrating as too little.

Cafe Rouge recently invited me to their Secret Supper Club. As I do with most things, I did a quick google and couldn’t find a thing. Very cloak and dagger. The aim of the event was to show off the quality behind their new Autumn/Winter menu and to provide a better insight into their products. I was particularly interested in their French cheeses and the wine list. As I hadn’t been to Cafe Rouge for a while, I also wanted to know whether this was still a place that offered value for money.

There were three simultaneous Cafe Rouge Secret Supper Clubs taking place in Birmingham – Brindley Place, The Bullring and at The Mailbox. I chose to go to the Mailbox as I like it as destination away from the direct hustle and bustle of Birmingham and there are lots of different bars there too.

The evening was for a small handful of competition winners and bloggers which gave it an exclusive feel. I was sat with Birmingham bloggers Positive Fridays, The Ting Thing and Nosh and Breks.

The evening started off with canapes and copious glasses of Gancia Prosecco, we were truly spoilt for a school night. The canapes were perfectly OK, but nothing really pulled my attention. Not dismayed, as Cafe Rouge are not known for canapes. The Prosecco from the Veneto region in Northern Italy was fresh and light with soft bubbles and nuances of apple, pear and citrus. After a few glasses, I would say that the Prosecco was very easy drinking!

The menu had something for most palates and I really found it hard to settle on a starter, I really wanted everything. I noted the soupe a l’oignon (a traditional French onion soup with Gruyere and croutons), pate (smooth chicken liver pate with an apple and pear chutney) and crevettes (king prawns in garlic and smoked chilli butter).

I settled on the escargots (snails). The little creatures were oven baked in a little pot, with Roquefort butter, smoked lardons and a lemony paprika crumb. They had a lovely firm texture and not slimy at all. In total there were three little pots, with a snail each. Having had snails a few times now I was left a little disappointed, as the dish was more bacon than snail. If you’ve never tried snails, I would say that the Cafe Rouge snails are a good introduction to see if you like them, but more exciting snails can be found elsewhere. 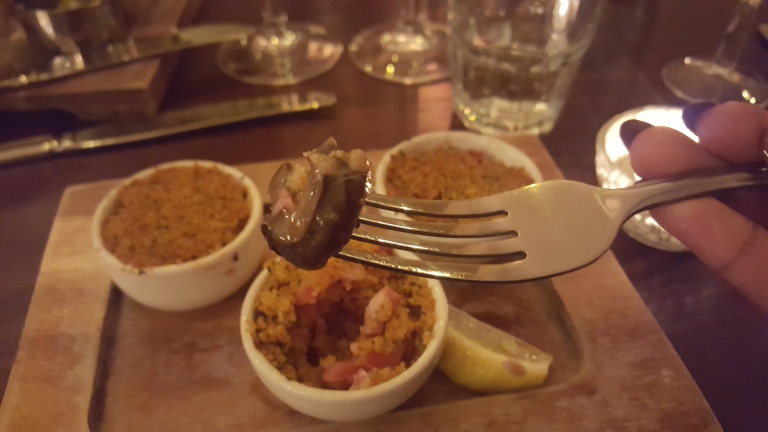 Once we had finished our starters, we were invited to come up and hear about the Charolais steaks Cafe Rouge serve. All of their cuts are from the premium British Charolais breed, the cows are fed on a natural diet of grass and grain. This results in a premium flavour, taste and texture.

The Cote de Boeuf for two is extra special and I didn’t think a high street restaurant could do this cut justice. 24oz and dry aged for a minimum of 35 days, the butterflied rib steak is served on the bone. The marbling of the rib-eye adds to the flavour and Cafe Rouge recommend having it cooked medium because of the fat content. The dish comes with a choice of two sides and 2 sauces of your choice and garlic butter as standard.

In addition Cafe Rouge presented the rib-eye, sirloin, fillet and rump they recommend cooking these cuts medium-rare. There was some really nice sauces to accompany the different cuts including a Bordelaise gravy with bone marrow and Bearnaise. Choice of a cut of steak are a preference and I’m always partial to a rib-eye or sirloin, I just find them to be more exciting than rump of fillet. 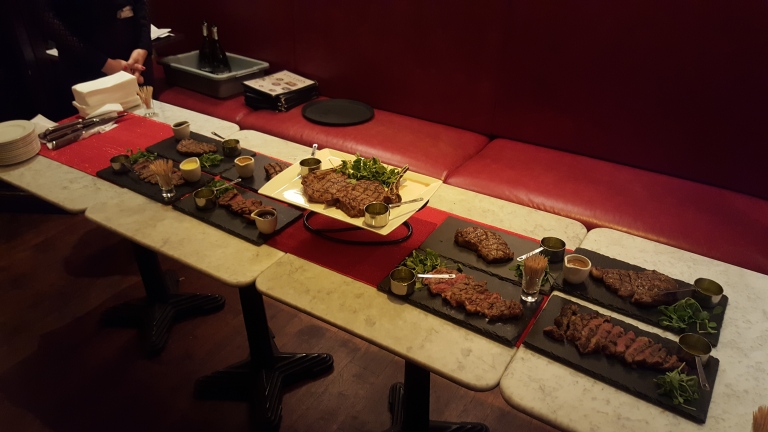 We were then introduced to a few red wines to accompany the beef. I was pleasantly surprised by all 3 red wines! We were served the following wines: 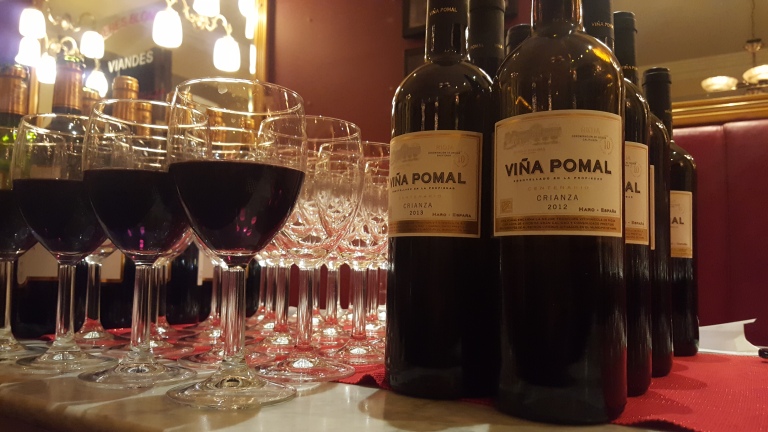 After nibbling on some beef we were invited to choose a main course. Lots of French classics, including the poulet Breton (roast chicken with mushrooms, courgettes, leeks and herb wine sauce served with mash) and the moules frite. I haven’t had duck in ages, so for me it had to be the confit de canard. A slow-cooked duck leg, nice and crispy on the edges, served with dauphinoise potatoes, green beans and a cherry sauce. There was also the option for orange sauce. A real classic dish, with the cherry sauce added a bit of oomph to an otherwise simple classic.

My eyes are way bigger than my belly!

After a few canapes, 2 courses and some samples of beef cuts, not to mention a few glasses of Prosecco and wine, I’d normally consider this the end of the meal. We still had a long way to go as we were just getting to the cheese!

We were very lucky to have the reps from Bradburys cheese, attend the evening and speak to us about their products. As a consumer I love to hear the story behind the product be it wine, cheese or beef.

As our carriages neared, we finished the evening with shared plates of some of Cafe Rouge’s best dessert, including a rum baba (a light sponge soaked in rum) and a tarte aux pomme (an apple tart). 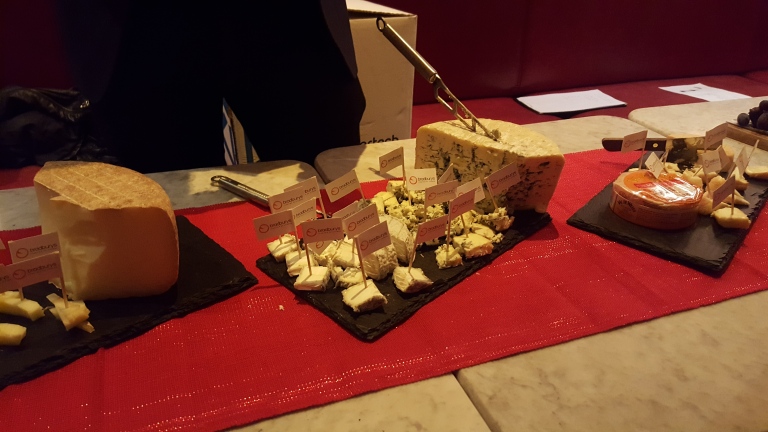 After all that food and beautiful wine it was time to walk off some of that food.

The Secret Steak Supper Club was a fantastic idea and really enjoyable! It was interactive and the staff were all really knowledgeable and provided excellent customer service.

Cafe Rouge will be hosting more Secret Steak Supper Clubs, with plans for the next Birmingham one on December the 7th 2016. Check out their Twitter @CafeRougeTweet for up to date news or hit this link to register your interest!

As always, my writing and my honest views.