Did you know that the Summer nights in Iceland are pretty much never-ending? It’s 10.45pm and it’s still pretty bright outside.

I’ve officially lived in Iceland for one month and the theme of the moment is gratitude. For example, it’s May and it snowed at the weekend, but at least it’s currently sunny. 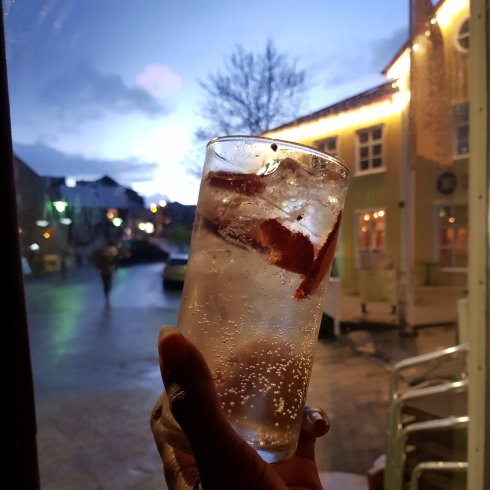 I quit my job back in early February and slowly started making plans to move my life to Iceland. I had 4 weeks to downsize and move my favourite possessions to my new home. I told myself that I was only allowed 5 suitcases.

I’ve relocated a few times now, but for a girl with a lot of stuff, this was no easy feat I tell you! For every item I kept, I had no choice but to give away two. I’m a planner and every detail had to be planned out, to make sure there was no stress. In the end everything worked out fine.

I moved my items in two lots and made use of the extra baggage allowance with Norwegian Air and Icelandair. FYI, Norwegian Air was the cheapest option for extra baggage within limit, i.e over two extra bags and you would get charge per kilo. Fortunately I was fully aware of this and paid the £9 per extra kilo, and was let off a couple of kilos! Damn those heavy books!

I did not ship any items out with a courier, because I honestly did not have enough items to warrant the cost. If you are moving from the UK to mainland Europe, it might be cheaper to use a courier.

Some of the crazy things I shipped with me to Iceland include, 4 bottles of gin, copious bottles of wine, some half bottles of whisky, specialist herbs and pastes, wine and cook books, loose leaf tea and extra-virgin-fresh-press olive oil. Are you beginning to see a theme? Most of the weight was from books and booze! I also packed one single trainer, god knows where the other one is?!

On top of this, I knew there was something I desperately needed to do before moving to one of the coldest countries on the planet. I had always dreamt about going on a gap yah, but the older I became, the more I felt I had missed the opportunity. Ideally, a few months in South-East Asia would be great, but sensibly I booked a month long trip to Thailand. Backpacking and predominately travelling solo, it really was the best month of my life so far!

Thailand came, then went, the tan lines slowly fading and all that remains are the beautiful memories. So it’s exactly a month since I’ve been here and I’m just as excited for the journey ahead. The real challenge of adjusting to Iceland has begun, but who doesn’t love a challenge. 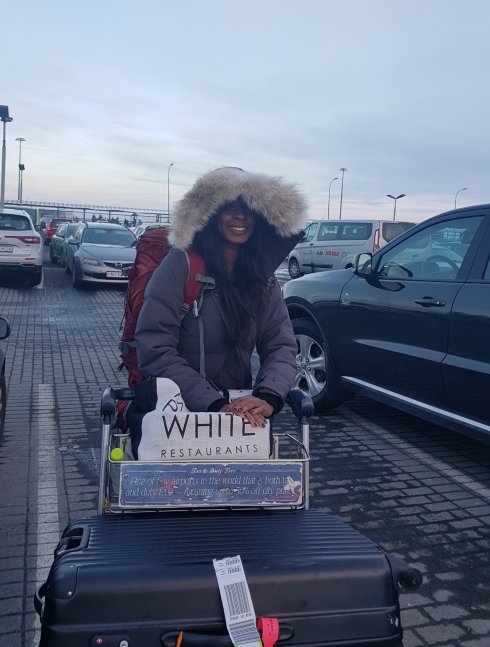 Most popular questions so far:

Have you learnt any Icelandic yet?

Yes and no. I did complete a 10 week course in the UK, about 11 weeks before moving out here and coincidentally way before I even thought I’d move here. Unfortunately once the idea of moving to Iceland came to fruition, I was too excited about packing, moving and visiting Thailand to concentrate in the classes!

I really enjoy learning languages and I’ve picked up a bit in the last 4 weeks of living here. The difficulty for me (and many others that are learning Icelandic), is the pronunciation. I also find that there is a general lack of willing people to practice with as everyone generally speaks really good English. With that said, I do intend to resume classes here in Reykjavik very soon.

How are you coping with the bad weather?

Well, I hate being cold, but since living here I have begun to really appreciate that there really is no such thing as bad weather, only bad clothes. I invested in a warm jacket and thermals and I really am good to go.

Is everything really expensive?

A lot of things are pricey, but this correlates to the salaries in Iceland. I’m now getting used to this and just get on with it. No point in complaining!

I thought you disliked tap water, how comes you are now drinking it?